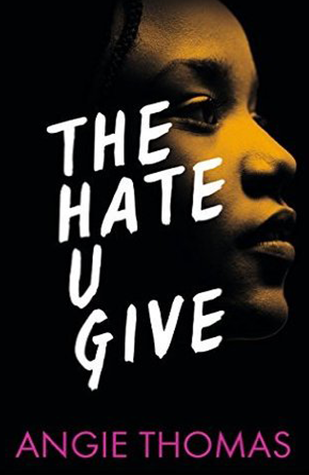 “When I was twelve, my parents had two talks with me.
One was the usual birds and bees. […] The other talk was about what to do if a cop stopped me.”

Echoing the words every single reader has said about this book: The Hate U Give should be required reading. For everyone. Of any age. It is the ultimate flagship novel for the YA genre; Angie Thomas gives us characters we can love, who feel real and that we care about. It talks about important and relevant topics but not harshly; it’s done with emotions, with tears. It’s done slowly, making you fall for Starr and her family, presenting the themes with a side of love and compassion. It explores racism in a way we can all understand, or we all should understand, whether we are old or young, black or white. The police brutality against innocent black people and the horrors and injustice that ensues, but also casual day-to-day racism, the kind that so many people just don’t understand is harmful. It’s not only the big things we need to talk about, we need to be showing our kids about every facet and form of racism, and why our perspectives can differ due to our experiences in our own skin, whatever colour it is.
I say again, The Hate U Give is one of the most important novels in the YA genre, and I bloody loved it. 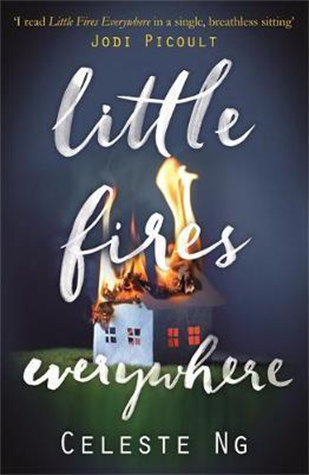 “Everyone in Shaker Heights was talking about it that summer: how Isabelle, the last of the Richardson children, had finally gone around the bend and burned the house down.”

Little Fires Everywhere is the kind of contemporary fiction you can enjoy even if you’re not a regular reader of the genre, as in my case. A close-knit family tale with secrets and the theme of love at the center, it’s an enticing read with fiercely real characters and a poignant plot. The enigmatic Mia and the stifled Mrs. Richardson were my favourites: polar opposites, each morally opposed to the others’ lifestyle, and they interacted brilliantly. I loved how Celeste Ng portrayed each character: they felt real and I cared about their struggles. A lot of their story arcs presented controversial themes, but Ng made sure to show the reader what it’s like in each character’s shoes. She showed the flip side of the coin in each story, creating empathy for each character even if I didn’t necessarily agree with their views. It got me to take a moment to think about my preconceptions and remember, sharply, that nothing in life can ever be easily classified or judged.
I really enjoyed this book. I loved the story, I loved the characters, and I loved sitting down with a cup of tea to read about them, and have myself a ponder about society, and empathy, and what truly makes a family. 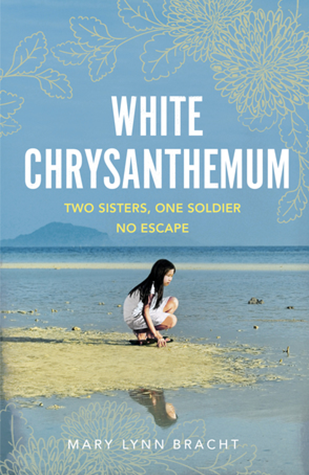 “I am a haenyeo. Like my mother, and her mother before her, like my sister will be one day, her daughters too – I was never anything but a woman of the sea. Neither you nor any man can make me less than that.”

This novel captivated me in a way I really wasn’t expecting. This book was – and there’s really no other word to describe it – brutal. It offers a stark look at our not-so-distant history and the real-life crimes committed in times of war. Crimes that aren’t spoken about enough. Crimes that some governments are actively trying to sweep under the rug, and pretend never happened.
It’s the story of Hana, a young haenyeo of Korea, abducted as a teenager and taken to serve as a ‘comfort woman’. Told through alternating POVs, we follow Hana’s excruciating story of torture and abuse, and her little sister’s devastation over losing her and determination to solve the mystery of where she went. Both girls’ stories were touching, compelling, emotional and important. Sure, the author’s writing style may have veered to the side of “tell” rather than “show”. And yes, perhaps the characters were not as well-rounded as they could have been. But they were enough. All of it was more than enough. To make me feel for them. Make me feel for the 200,000 supposed women who were taken from their homes and ripped of their innocence by this regime. Their stories were seldom told, most didn’t survive, so many families never even knew what became of their daughters.
White Chrysanthemum is harsh. Its cold and unforgiving, but it’s real and important. And it’s also well-written, compelling and wrought with emotion. As dark as the subject matter is, it’s still enjoyable. For the truth of it all, for the bravery of the characters, for the feelings that we can relate to, and those we hope never to have to.
Read it for the intensity. Read it for your feelings. Read it to honour the women who lost their dignity, their sanity and their lives, whose families never found them, whose stories were never told. Read it for them. 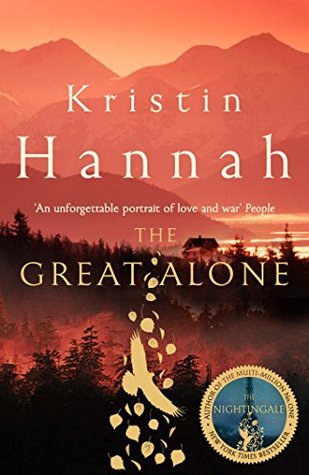 “Life in the bush is hard work, but you can’t beat the taste of salmon you caught in the morning, drizzled with butter you churned from your own fresh cream. Up here, there’s no one to tell you what to do or how to do it. We each survive our own way. If you’re tough enough, it’s heaven on earth.”

This little slice of magic really did tick my boxes. Survivalism against a glorious Alaskan backdrop with intense family drama and characters that made the heart melt? I am all over that.
I can count on one hand the number of books that have actually wrenched tears from my eyes, and The Great Alone is the book that carries me over to my second. It’s the story of Leni and her family, surviving the harsh wilderness of the north, and fighting harder to survive the darkness that resides inside dad Ernt. Honestly, this book stole my heart. In less than 500 pages, Kristin Hannah squeezes in so much, but she does it so well. There’s action and excitement, there’s surviving and thriving, there’s amazing characters, growing pains, gut-wrenching love, dread and woe, happiness and contemplation. And then there’s just me, crying in my bed over fictional characters, wishing the story hadn’t ended. 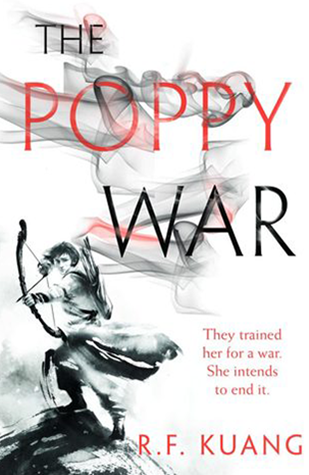 “You called a god, and the god answered.”

If you’re a fan of Chinese-inspired high fantasy, pay attention. The Poppy War draws from the culture in so many different ways, ways that make it stand out from other books in the genre. It draws from the rich folklore of course, but touches more on lesser known legends, creatures of nightmare and notably DEITIES. There are copious martial arts here, if you’re into that, but most importantly, the story itself is based on true Chinese history (and a very interesting history, at that.)
I was enjoying myself from the very first page. Rin Fang is our protagonist: a lonely war-orphan, fostered by an unloving and criminal family, and a very likeable character (if not, slightly Harry Potter-ish.) Rin gains entrance to the prestigious Sinegard Military Academy where she is trained up as a soldier. Not only does Rin have to compete physically and intellectually against noble children, she also faces tough classist and racist discrimination from every angle. But Rin is awesome, and more than capable. Together, she and the reader navigate her first year learning more about the world, the history, the lore and the martial arts as Rin learns what it takes to be a solider. The first half of the book is a nice, slow introduction. It sets the scene and eases you in. Then comes the darkness.
War comes to Sinegard. Rin discovers what she’s made of. There’s bloodshed, there’s treachery, there’s magic. And Rin just keeps getting better.
The Poppy War is brilliantly written, with an amazing protagonist and so many layers of awesome and so different from other books in the genre. Trust me, this is not one you want to miss.