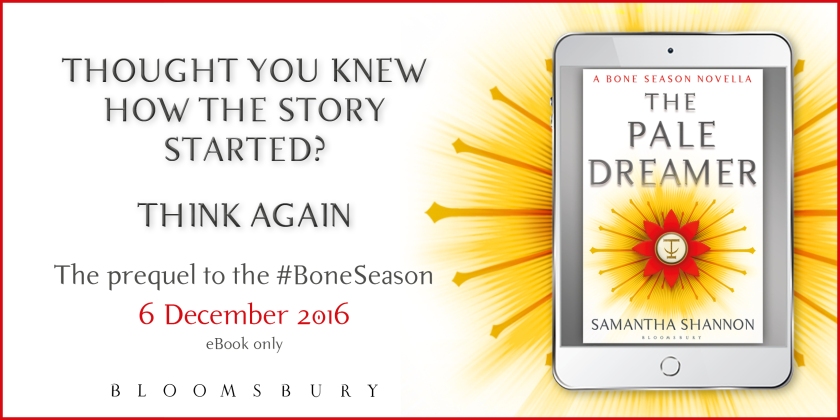 Prequel to The Bone Season, this e-novella is a perfect introduction to the series if you haven’t experienced it yet. It’s a future world in which clairvoyants of various sorts are hunted and terminated by the government, spirits are used in combat, and mysterious forces from another world intervene at will.

It’s a fabulous series, and The Pale Dreamer is a fabulous bite-sized chunk to stick your teeth into over a cuppa tea. It follows protagonist Paige Mahoney as she first learns to use her clairvoyant powers and seek out a poltergeist to impress her boss, Mime Lord Jaxon Hall. There’s enough to keep you intrigued; there’s a good introduction to the characters, the fiendishly political underworld and the fabulous supernatural world within the series.

It’s exactly what I want out of a Bone Season book, a heavy focus on the supernatural with just enough character world, world-building and political tension to mix it up a bit.

If you haven’t joined the fandom yet, start today by downloading The Pale Dreamer!