I’ve pulled up my ranty-pants, I’m fuelled by rage and coffee, let’s kick this review off with a summary of my reading experience, shall we?

To my great displeasure, reading this book was like chewing on a lump of black mould just to check it ain’t caviar.

I mean, what the ever-loving bejesus was that?

It was not supposed to be like this. You don’t understand; I was excited. I’ve had my eye on this for months. This was supposed to be epic, I honestly had no doubts. With the premise being a daughter of two scientists chasing her father’s killer through alternate dimensions in order to exact her revenge, how can you fuck up?

There is nothing redeemable about this book. I could scrape the bottom of the barrel if I really tried, but what would be the point? I would be saying things like at least it didn’t condone rape! or hey, spelling errors were not abundant in this novel, thumbs up! And anyway, I don’t want to deny myself the pleasure of rage-reviewing this hunk o’ crap into next Tuesday. 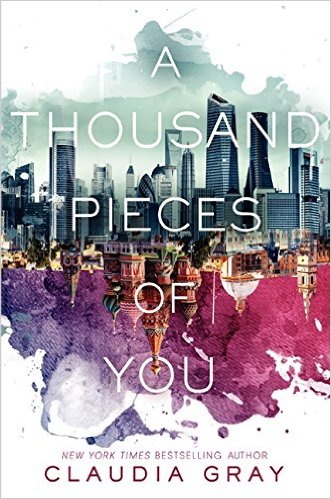 We begin with Marguerite (solid cow’s name), the daughter of two genius scientists who have invented the Firebird, a device that allows the user to jump into the body of their alternate self in an alternate universe. Marguerite wants to murder the man who killed her father and stole one of the Firebird prototypes to escape to another dimension, so she intends to follow him and totally kill him. Unfortunately, the girl is not exactly filled with blood-lust, so it’s pretty obvious from the start that she’s not going to kill him

Now, when dealing with sci-fi alternate reality whatsits and a plot that could potentially create some pretty intricate plot holes, it’s a good idea to properly explain how yo shit works. The best explanation in the book is literally where the author explains what an alternate dimension is.

“These dimensions aren’t off in faraway outer space. They’re literally all around us, even within us, but because they exist in another reality, we can’t perceive them.”

It’s a bad copy-paste from a child’s guide to quantum physics. We all know what an alternate universe is, you plum. What we would like, Claudia Gray, is a decent explanation of how you’ve made dimension leaping possible, how it all works, what happens when you get there. But what do we get? A series of cop-outs.

“When people travel through dimensions.” he said, staring down at the prototypes, “they leave traces. Subatomic – okay, I’m gonna cut to the chase. The point is, I can go after Paul.”

“The devices have to be made out of specific materials that move much more easily than other forms of matter; they have to anchor the consciousness of the traveler, which is apparently very difficult; and about a million other technical considerations I’d have to get umpteen physics degrees to even understand. Long story short: the devices are really hard to make.”

“So does destiny create the math, or does math create our destiny?”
“Insufficient data,” Paul said.

This screams laziness. It’s the type of world-building that I hate: this device does this because I say so, I need my plot to work so just go with it. HELL NO. How can I get into a story when you’re making it so difficult?!

Nevertheless, I carried on reading. I hadn’t seen any dimension leaps yet, and I was sure they were going to be good. Remember Family Guy‘s dimension leaping episode? Remember Red Dwarf‘s? They were brilliant, and that’s what I thought A Thousand Pieces of You was going to be like. The creative possibilities are truly endless.

1. A world where she lives in London because her family all died. This London is exactly the same as our London, only we all have holographic smartphone wristwatches with tracking technology and you can electrify an attacker with a ring. That’s it.

2. A world where technology didn’t advance so quickly and her mother’s ancestors never immigrated from Russia so for some reason now she’s a Russian princess for no other reason than it would be cool to be a princess. That’s it.

3. A world where literally everything is the same but her dad is alive.

4. A world where the sea levels rose faster than our world so she lives underwater & her family are oceanologists and still alive.

There is literally nothing else.

Where’s the imagination?! Where did the potential go?! What happened to my perfect expectation of dazzling, intricate and clever dimensions?

These new worlds really just focused on how Marguerite’s life was different, and didn’t give a crap about the rest of the world. And that wouldn’t be so bad if they were remotely interesting. I’m reminded of the film Bedazzled, wherein Brendan Fraser continues to make deals with the devil to change his life, and he goes through some brilliant changes in identity that lead to hilarity as the devil keeps screwing him over.

That is how you do it, but do we get that? Fuck no. The only new life which was even slightly interesting was when Marguerite ended up a Russian princess. And even that was crossing a line. A princess? Really? Why is that grandeur necessary? Plus, why on earth isn’t she obsessed with finding out how, in this reality, she’s fucking royalty? The only “explanation” we get is that her mum’s ancestors were Russian. THAT IS IT. Not Russian royalty, not important Russians, just Russians. I swear, the only reason she added the princess element was for the romantic subplot involving a royal guard, who just so happens to be the alternate version of the guy who she believes killed her dad. Who she’s also in love with. Because why not add a forbidden love element to the already transcendental love element you’ve already got going on? Awww they keep finding each other in alternate universes. How fucking poetic and not at all a rip-off of Cloud Atlas. Oh and there’s a love triangle, because the forbidden transcendental love story wasn’t epic enough. No, these two have to put all other couples to shame.

I just can’t with this novel. I can’t. I’m so disappointed. I’m so sad about it all. No glorious alternate universes, no clever changes of identity, just a romp through reality having to endure naive little Marguerite not giving a shit about stuff that should be important and awkwardly flirting with two men. The plot would have been fine (aside from the plothole-ish ending) if it wasn’t completely overshadowed with unfulfilled potential and an unnecessary obsession with the love story. It’s a miracle I didn’t mind the characters, otherwise you’d be in for another paragraph ranting about how shit they were. They were developed enough for me not to have a problem with them, I’ll say that. Though Marguerite’s incessant pop culture references really grated my cheese.

“Conley gets this look on his face, like I’m so cute, like a GIF of baby puppies or something.”

This book failed on every level for me. It was a book I had such high hopes for and it pissed in the face of every last one, leaving me wishing I had been born in a dimension where this piece of shit had never been written.