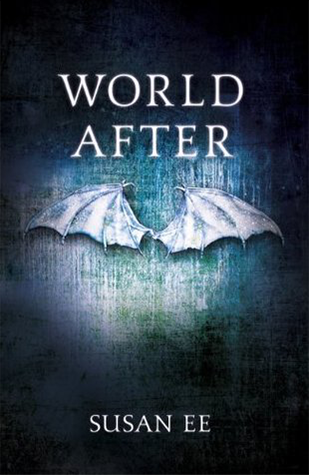 DISCLAIMER: The following review contains significant amounts of fangirling. I admit it is not my most professional book review, but I’m not even sorry. Enjoy.My friend Jancis once asked me if I had ever swooned over a book character. While I found the word ‘swooned’ to be hilariously 1920s (yet still accurate) I told him that no, I hadn’t. Though there have been many characters over the years I have adored, as yet there have been no book-men that have been so well characterised, so amazingly written, and so exactly my idea of the perfect man that I have completely swooned. I’ve certainly come close; and I’ve done some major shipping in my time. But for 23 years I’ve just been waiting for the proper swoonage to happen…

It’s only gone and bloody happened.

Dream guy. Right there. Raffe is the sole name on the “book-men-I-have-swooned-over” list, so any future book-men will have to work hard to meet the criteria that Raffe has established.  He is tall, dark and hawt and he knows a thing or two about flirty and semi-insulting banter (his Rafryn reunion one-liner just did it for me)!  He’s not about the looks, he falls in love with Penryn’s awesome despite his prejudice and though he would never admit it he sees her as his equal.  I can’t remember the last time I’ve shipped a couple harder.

I am a newly established swooner, Raffe is my man, and he had better not be played by any of my favourite actors in the film adaptation because I don’t actually think I could survive that.

For the record, I don’t think Cumberbatch is a good fit for Raffe. He can be Uriel. Or Beliel. YES, Beliel.

Bearing in mind that I did not completely swoon over Raffe when I read Angelfall, it just goes to show how much Susan Ee stepped it up with a character who doesn’t even properly make an appearance until 76% of the way into the book.

Speaking of the book…

It was one of the most highly anticipated books of 2013 for me, and after Allegiant completely blew it, World After just blew me away.

No time is wasted, we pick right back up where we left off with Penryn being reunited with her mother and sister (oh Paige, my dear sweet Paige). It’s exactly what you want from an Angelfall sequel; it’s action-packed, witty, full of ass kicking and weeping with some truly gruesome horror.

What makes this series so popular with so many readers is that the romantic aspect takes a back seat. Remaining true to the premise, Penryn keeps her priorities in check, only allowing herself a few brief thoughts about Raffe before getting her head back in the game and saving the god-damn day.

But, of course, every Angelfall fan has been waiting years for the reunion…
I for one was going crazy from waiting. I’m not suggesting we could give the Sherlock fandom a run for their money…no wait I totally am; I went gaga over this reunion.

Judge me all you like, but when you’re waiting on a razor edge for Sherlock, the Doctor Who 50th, and the next instalments of all your favourite book series, you’re bound to go a little barmy.

I was terrified that we wouldn’t get a reunion in this book (because it’s totally the kind of thing I would have done). But Susan Ee, the ever gracious, strikes the perfect balance between teasing the fans and appeasing them. The reunion definitely does not disappoint, and that’s all I am going to divulge 😉

As for the book as a whole, I cannot stress enough how remarkably well Susan Ee pulled it off. It is so hard to write a sequel that lives up to the first book and Ee pulled it off with such grace it almost looked too Eeasy (see what I did there?).

I started at the midnight release and didn’t put the book down for six hours. I was gripped to the story, laughing at the (brilliant) banter, self-fiving at Penryn’s awesome, shipping Rafryn like crazy and oh my god Paige. I. Adore. Paige. She is such a brilliant girl. Her strength of character rivals Penryn’s and her plight broke my heart. Aside from the reunion, Paige was the highlight of World After for me. Just thinking about it makes me want to hug the poor girl. I can’t even…

I don’t know what to do with myself now. I might just lose my mind a little bit now. Who knows how long we’re going to have to wait for the next one?

But, as every good fandom knows, the waiting is half of what makes the awesome, and I’m thrilled to be a part of that.

This review also appears on Goodreads.